As major events like concerts, Broadway shows and football games are gearing up post-Covid shutdown, there’s one area that isn’t seeing the same enthusiasm. According to  a recent study released by management consulting firm McKinsey & Co, many workers are reevaluating their return to the workplace. 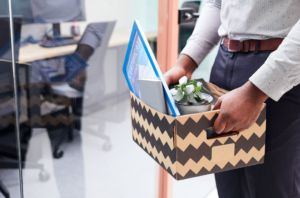 The report found that 40% of the more than 5,770 employees surveyed said they were “at least somewhat likely” to quit in the next three to six months. According to the report’s coauthor Bill Schaninger, more than half of employees who already left their jobs said they did so because they didn’t feel valued by their bosses or organizations, or because they didn’t feel “a sense of belonging at work.”

“Most employers believe this is an economic issue largely around compensation,” Schaninger said. “The data most certainly does not support that.”

In what many are calling the “great resignation,” we’re continuing to witness a rise in people quitting their jobs to pursue new career opportunities that better suit their lives. In early 2021, several major employers rolled out new incentives in an effort to combat this trend.

Restaurant chain Chipotle began offering free college tuition to employees who worked at least 15 hours per week and more than four months on the job. Retail giant Amazon increased pay for more than 500,000 workers, and wholesaler Costco raised its minimum wage to $16 per hour in an attempt to boost worker retention.

Despite these financial incentives, many people are continuing to leave their careers in droves. According to the new McKinsey & Co survey, 40% of respondents in the U.S. who quit their jobs in the last six months left without having a new job. That means these workers didn’t necessarily leave because they got a better offer somewhere else. Instead, it’s a sign that employers don’t understand how hard the pandemic has been for their employees, the report said.

“The good news for every company: they actually have a choice here,” Schaninger said. “There’s something here around the ties that bind humans together…. When you make it all about the check, none of that stuff is there.”