The Golden State has come a long way in one year; California’s latest unemployment rate fell to 7.9% in May 2021 compared to 16.3 % at the same time last year. But despite these promising statistics, there’s a new issue employers are now facing. 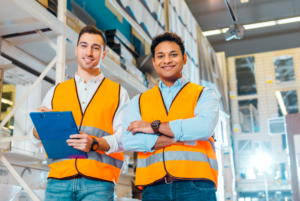 Whether you side with Republican lawmakers who have blamed enhanced unemployment benefits for fueling the problem or Democratic-leaning economists who blame low wages, the issue is not going away and is an ever-growing concern as the summer and tourist season approaches.

According to a New York Times article, some workplaces are bypassing traditional incentives for a more unique approach this year. One company, Waste Management, is now offering to pay for education. They’re willing to provide cash for employees to earn their bachelor’s or associate degrees, as well as certificates in areas like data analytics and business management. But the perks don’t stop there. They have also expanded that offer to include scholarships for employees’ spouses and children.

The restaurant chain Chipotle has also joined the push for new worker incentives. The Mexican grill is now offering free college tuition to employees who work at least 15 hours per week after four months on the job. Amazon has also promised to increase pay between 50 cents and $3 per hour for more than 500,000 workers in the U.S, and wholesaler Costco raised its minimum wage to $16 per hour in an attempt to boost worker retention.

In an even more unconventional strategy, Omni Hotels & Resorts is offering incentives ahead of the summer rush that include things like discounted and free hotel rooms, guaranteed entry into the company’s management training program for staff members who stay through Labor Day, and a free set of knives and weekly sit-downs with the executive chef for members of their culinary team.

As the post-pandemic pendulum swings in the direction of the employee – for now – knowing the market data on salary, having on the job experience and the confidence to negotiate a higher wage are all crucial bargaining chips for employees heading back to the office.