In a move that some are calling “the great resignation,” people are choosing to pursue new career opportunities that better suit their lives. In April, four million people quit their jobs according to the Labor Department’s Job Openings and Labor Turnover Summary. While there have been plenty of political debates over whether state and federal unemployment benefits are responsible for this movement, others are arguing there’s more to it. 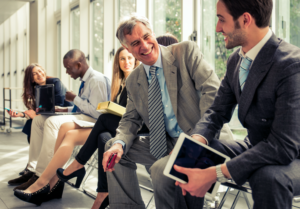 According to a CNBC interview, MIT professor and poverty expert Esther Duflo believes “the political debate over unemployment benefits and a tight labor market misses the bigger picture of how COVID has changed the world.” Duflo told CNBC that she feels “gender inequality, unequal access to child care, return to in-person work mandates and vaccine access are among the many pressing issues surrounding return to work in the United States and the global economic recovery.”

Regardless of the catalyst, we do know that millions of Americans are still out of work and enrolled in pandemic-related programs. Despite these numbers however, a new problem has unfolded for employers. Each week, we’re hearing more stories from business owners who are suffering from labor shortages. In the past few months, major companies like Chipotle and Waste Management have even rolled out incentives like free college tuition in hopes of finding and retaining workers.

Amidst all this, the Employment Development Department or EED just released new guidelines on unemployment benefits. As of July 11, 2021, Californians receiving  unemployment benefits need to be searching for work to maintain their eligibility. Those requirements will vary depending on state and federal law and the type of claim they’ve filed; they include the guidelines listed below: