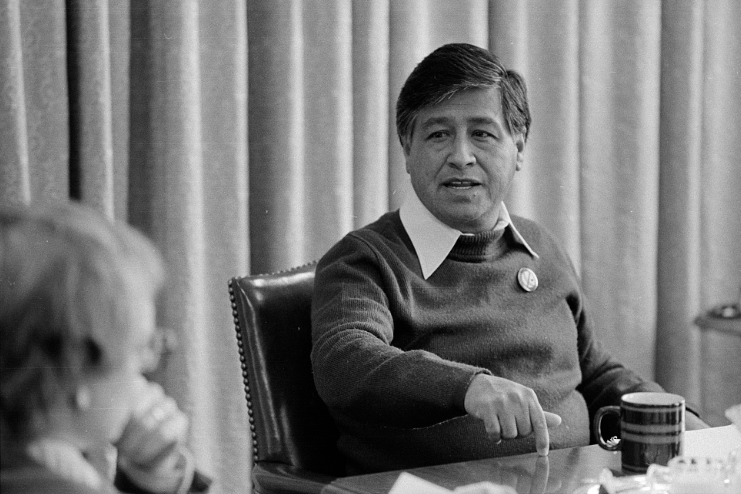 Just months after taking office, the Biden administration is continuing to work on an immigration proposal that would allow more immigrants into the U.S. His plan would also lay out an eight-year path to citizenship for the millions of unauthorized immigrants already living in the country. The legislation would update the existing family-based immigration system, revise employment-based visa rules, and increase the number of diversity visas for the nation’s estimated 10.5 million unauthorized immigrants.

This Cesar Chavez Day, we’re reminded of the work that still needs to be done to create a more equitable society and the sacrifices that civil rights leaders of the past made to get where we are today. Cesar Chavez Day was established to honor the legacy of Mexican-American labor leader and civil rights activist Cesar Chavez. Chavez fought to help improve the working and living conditions of farmworkers and migrants across the country. Here’s a timeline of his achievements and how they influenced American Labor unions.

Cesar Chavez was born in Yuma, Arizona on March 31, 1927. In the late 1930s, his family joined the more than 300,000 people who moved to California during the Great Depression. In eighth grade, Chavez dropped out of school to take a job as a migrant farmworker. He later joined the Navy and served in a segregated unit for two years before he eventually returned to his work in the fields.

In 1952, Chavez joined the Community Service Organization, a Latino civil rights group that fought for issues such as voter registration, immigration, and police abuse. Chavez rose through the ranks and became the group’s national director, but in 1962 he resigned after the CSO declined to endorse his proposal to form a farmworkers union. This prompted Chavez to use his life savings ($1,200) to form the National Farm Workers Association.

The National Farm Workers Association, which later became United Farm Workers of America, negotiated hundreds of contracts over the years. In 1975, thanks to the efforts of the United Farm Workers of America, California passed the landmark Agricultural Labor Relations Act, which gave all farmworkers the right to unionize and negotiate for better wages and working conditions. Before Chavez’s years-long battle for equality, farmworkers were not covered by minimum wage laws and made as little as 40 cents an hour.

In 1986, he kicked off his “Grapes of Wrath” campaign to draw attention to the dangers of pesticides for farm workers and their children. Two years later at the age of 61, he underwent his third hunger strike, which lasted for 36 days. For Chavez, this was a way to bring attention to important issues using nonviolent civil disobedience practices pioneered by social activists like Mohandas Gandhi and Martin Luther King, Jr.

On April 23, 1993, Cesar Chavez died in his sleep while on a UFW business trip in Arizona. More than 40,000 people attended Chavez’s funeral and the casket was carried through Arizona farmland. The following year, President Bill Clinton awarded him a posthumous Presidential Medal of Freedom, the nation’s highest civilian award. And In 2014, President Barack Obama proclaimed March 31 a federal commemorative holiday.