All Blogs | Diversity in the Workplace

So far, President-elect Joe Biden is keeping his promise to put together a Cabinet that looks more like America and could become the most diverse in history. After choosing a running mate that will become the first woman, person of color, Black and South Asian to hold the office of Vice President, it’s clear Biden knows the importance of diversity in the workplace and in America’s government. 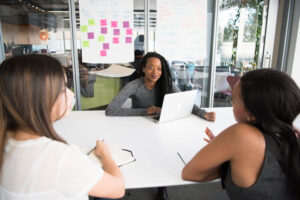 Some of Biden’s most notable picks so far include Janet Yellen, the first woman to be appointed as secretary of the Treasury; Lloyd Austin, the first African American to be Secretary of Defense; and Alejandro Mayorkas, the first immigrant to lead the Department of Homeland Security.

The President-elect has also made history by selecting Marcia Fudge, a Black Congresswoman from Ohio, to be secretary of Housing and Urban Development and Xavier Becerra, the first Latino to be Secretary of Health and Human Services.

Biden has already selected at least seven women and nine people of color to fill Cabinet-level positions. If the future Commander-in-Chief continues at this pace, he will exceed the diversity standard set by any former President in history.

But it’s not just politics where the fight to make the nation’s workforce more diverse is ramping up. Many industries like the tech world are also taking notice of the need for more inclusive work environments.

In recent years, many tech companies have created transparency by sharing data relating to their diverse talent recruitment and hiring initiatives. After analyzing their own company’s data, many larger tech companies such as Facebook and Google have set their sights on improving their staff’s representation of minority groups by 30%.

Here are a few ways businesses can take action to hire and retain employees from underrepresented groups:

1.Develop hiring and recruiting programs that provide targeted outreach to minority employment candidates. adidas and Reebok recently announced their plans to hire Black and other employees of color for 30% of new jobs in the United States.

2.Develop training, mentorship, and sponsorship programs for minority candidates and employees. This will provide these individuals with the opportunity to train for positions, trades, and professional fields that they may not normally have access to. For example, IBM is offering New Collar Job opportunities, where the focus is on skills and not degrees. Their innovative apprentice program allows individuals to develop skills, earn digital credentials, and make real-world contributions while also receiving a paycheck.

For more information regarding resources for employers, businesses, and employees during this time, connect with me on LinkedIn for new updates or contact me here.