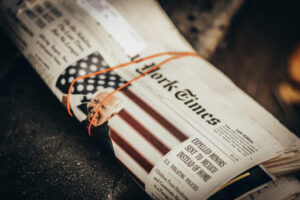 In Part I of this two-part series, I introduce what President-Elect Joe Biden calls his plan for “empowering American workers.” This plan reflects the changes we may see in the workplace for both employers and employees after he is sworn into office. In the following of Part II, I dive deeper into the three components of this plan for establishing a “stronger, more inclusive middle class”.

Biden states that he plans to put more emphasis on the importance of electricians, auto workers, drivers, firefighters, ambulance drivers, educators, and other workers who make up the middle class. To do this, he plans to hold corporations and executives “personally accountable” for interfering with organizing efforts and violating other labor laws.”

Biden supports the Protecting the Right to Organize Act (PRO Act), which institutes penalties on companies that interfere with workers’ organizing efforts, such as firing or retaliating against workers. He plans to focus attention on employers who violate labor laws, participate in wage theft, or cheat on their taxes by misclassifying employees as independent contractors. Biden states that he will keep federal dollars from flowing to employers who make these choices and penalize companies that bargain in “bad faith”.

Biden believes that unions and collective bargaining are “essential tools for growing and sustaining a stronger, more inclusive middle class”. He states that the federal government should defend and encourage workers’ rights to both.

To do this, Biden says he will work to make it easier for workers who choose to unionize. He plans to also provide a federal guarantee for public sector employees to bargain for better pay, benefits, and working conditions. He looks to ban state laws prohibiting unions from collecting dues from workers who benefit from union representation and to create a cabinet-level working group that will focus on promoting union organizing and collective bargaining in public and private sectors. Lastly, Biden wants to ensure the protection of workers by empowering the National Labor Relations Board with newly appointed members.

Biden plans to implement new rules related to worker pay, benefits and workplace protections. To start, he plans to increase the federal minimum wage to $15 and will implement enhanced overtime pay rules.

Biden states that he also plans to eliminate non-compete clauses and no-poaching agreements, which he believes hinder the ability for employees to seek better wages, benefits, and working conditions by changing employers.

Biden has also stated that he will put an end to occupational licensing requirements by making licenses transferable from state to state.

Lastly, Biden has plans to implement new protections for improved safety and health in the workplace, end mandatory arbitration clauses, and expand protections for undocumented immigrants who report labor violations.

For more specific details regarding Biden’s goals for employment and labor law once in office, read Biden’s plan for empowering American workers.

As changes come into effect after Biden is sworn into office, employers and employees may need to adjust to new rules and regulations. Through this blog, and regular legal commentating on local and national news, I will strive to keep you updated on new changes and developments as they occur.