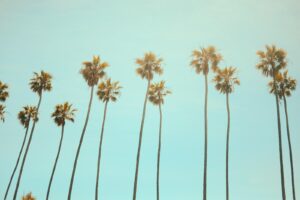 It’s been a year like no other; 2020 has had many downs with very few ups to balance it out. Despite a global pandemic that spiked the unemployment rate to heights we hadn’t seen since the fallout of The Great Depression, both the U.S. Congress and the California Legislature introduced and passed a slew of laws that affected employees and business owners. Here’s a look at a few of the significant employment and labor laws that passed/or went into effect in 2020.

Of course, at the top of both federal and state government laws were those that addressed the impacts of COVID-19 on employers and employees. At the federal level, Congress passed the CARES Act, Parts I & II, followed by the HEAL Act. Together, these laws provided aid to families and businesses affected by the pandemic and included resources such as giving eligible employees up to 10 weeks of paid family leave if they contracted or were impacted by COVID-19, funding for small businesses and independent contractors, as well as stimulus checks for individuals and couples who qualified.

In September 2020, the California legislature passed SB 1159 which expanded workers’ compensation benefits for individuals who contract COVID-19 in the workplace.  Significantly, SB 1159 relaxed the burden of proof for employees to receive workers’ compensation benefits. If there is an outbreak of the virus in the workplace, employees will be presumed to have contracted COVID-19 on the job.

For a more in-depth look at these 2020 laws and what they provide, see my prior blogs on these topics by following the links below:

Under the ABC Test, a worker is presumed to be an employee and the burden to demonstrate their independent contractor status is placed on the hiring company.

A worker can only be classified as an independent contractor if:

To see my prior blog on this topic, click here.

In the November 3, 2020 election, voters passed the much-debated California Proposition 22 in response to AB 5. The passage of AB 5 required many employers to reclassify workers previously classified as independent contractors to employees. This especially impacted the “on-demand” or gig economy industry companies such as Uber, Lyft and Instacart.

Many of these companies did not immediately comply with AB5 but instead sought to stop enforcement of the law first through the court system and subsequently through the recently passed ballot measure California Proposition 22.

Proposition 22 will require that companies provide workers an hourly wage for the time the worker spends on rides equal to 120% of either the local or statewide minimum wage. Workers driving at least 15-hours per week receive a stipend for health insurance coverage and a larger stipend for workers driving 25 or more hours per week. Drivers have the opportunity to receive occupational accident insurance to cover on-the-job injuries, which would include coverage for medical expenses and disability benefits.

Had Proposition 22 not passed, California gig-economy workers would have been classified as employees under Assembly Bill 5. That classification means, although these workers would have been entitled to a minimum wage and employee benefits afforded under California state law, they may have lost their flexibility to choose when and when not to work. By classifying gig workers as employees, it would have given the employer the ability to exert more control.

To see my prior blog on this topic, click here.