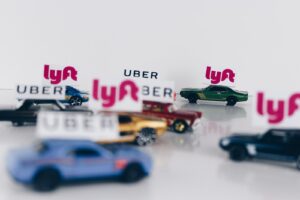 Under the recently passed Assembly Bill (AB) 5 in California, many businesses are now forced to reclassify their self-employed workers as employees.

In recent news, Uber and Lyft are battling a lawsuit filed by the California Attorney General and city attorneys from San Francisco, Los Angeles, and San Diego who claim the two ride-share companies misclassified their workers under the new law. They believe that the two companies are depriving their workers of employee protections such as minimum wage, paid overtime, sick leave, and unemployment insurance.  A judge recently granted a preliminary injunction that requires the companies to stop classifying drivers as contractors.

In turn, both Uber and Lyft have announced that they will need to suspend operations if they are required to restructure their companies and reclassify their workers. Lyft had made an official announcement earlier last week that they would need to shut down their app as soon as last Thursday evening. However, a California appeals court grated both Uber and Lyft an emergency stay not long after Lyft’s statement. This allows them to continue their operations while they fight to appeal the recent AB 5 ruling.

According to California’s Department of Industrial Relations, AB 5 requires the application of the “ABC test” to determine if workers in California are employees or independent contractors. A worker is considered an employee and not an independent contractor unless the hiring entity satisfies all three of the following conditions:

If Uber and Lyft are able to classify their drivers as independent workers instead of employees, they avoid the requirement to pay for costly benefits that apply to full-time staff. As of now, neither of these two companies are profitable, and they’ve already taken a serious financial hit since the start of the coronavirus pandemic. They may still have a chance at exemption from AB 5, however, if Proposition 22 passes this November. The measure would support app-based ride-hailing and food delivery services, as well as provide additional benefits for these gig workers.

Angela Reddock-Wright has provided tips for businesses looking for guidance regarding the AB 5 law: