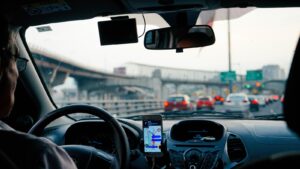 In the November 3, 2020 election, voters passed the much-debated California Proposition 22. In 2019, the California legislature passed Assembly Bill (AB) 5 which is a state statute that expanded the landmark California Supreme Court case Dynamex Operations West, Inc. vs. Superior Court. In this case, the court ruled that most workers in California are presumed to be, and should be classified as employees, and not independent contractors. For purposes of determining if a worker is an employee or independent contractor, AB5 requires the use of the ABC test, which requires employers to meet all three of the following factors in order to classify a worker as an independent contractor:

The passage of AB5 required many employers to reclassify workers previously classified as independent contractors to employees. This especially impacted the “on-demand” or gig economy industry companies such as Uber, Lyft and Instacart. Many of these companies did not immediately comply with AB5, but instead sought to stop enforcement of the law first through the court system, and subsequently through the recently passed ballot measure California Proposition 22.

Regarded as the most expensive proposition ever on a California ballot, Proposition 22 passed by 58% in the recent November 3, 2020 election.

What Does Proposition 22 Do?

Proposition 22 goes into effect in mid-December 2020.  The law will require that:

Had Proposition 22 not passed, California gig-economy workers would have been classified as employees under Assembly Bill 5. Whether court claims and actions will continue now that Proposition 22 has passed, remains to be seen.

The following are tips for other, non gig-economy employers who may need to undergo the process of determining if their workers are exempt or non-exempt under California’s AB5 legislation and related case law.