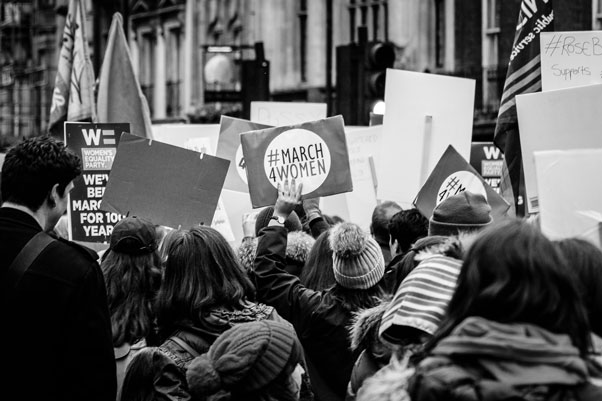 The pay disparity between men and women has most likely existed in the United States since its inception, but it did not emerge as a political issue until the 1860s. The gender wage gap finally started gaining steam when women’s rights activists Susan B. Anthony and Elizabeth Cady Stanton publicized the need to bridge that gap in their New York City paper, The Revolution. While Anthony’s work eventually led to the women’s suffrage movement in 1920, the issue of equal pay has remained a topic of discussion and advocacy for decades.

The following are some of the federal laws that have helped advance equal pay for women.

Major strides towards equal pay were made in the 1960s with the passage of the Equal Pay Act.  This Act was signed into law by President John F. Kennedy in June of 1963. The new law prohibited employers from paying male and female workers different wages for jobs that required the same skills and responsibilities and were performed under similar working conditions.

In 1964, Title VII of the Civil Rights Act also addressed the issue of equal pay by broadening the law to make compensation decisions based on race, color, religion, sex, or national origin unlawful.

In 2007, the United States Supreme Court took up the issue pay in the case Ledbetter v. Goodyear Tire and Rubber Co..  In this case, Lilly Ledbetter sued her employer under Title VII of the Civil Rights Act for alleged underpayment over the course of 19 years. A jury awarded Ledbetter more than $3.5 million. However, Ledbetter’s fight did not end here.  Goodyear appealed and argued that Ledbetter had failed to file her suit within 180 days of when the discrimination first occurred.

An appeals court later reversed the jury’s original decision, and the Supreme Court also ruled against Ledbetter. It was a case that inspired the late Justice Ruth Bader Ginsburg to encourage Congress to take up the matter and fight for change.

In 2009, The Lilly Ledbetter Fair Pay Act was the first piece of legislation signed into law by President Barack Obama. The new act expanded the period for filing a discrimination claim and made it easier for women to sue employers they believed had discriminated against them.

On International Women’s Day in 2021, President Joe Biden said in a statement, “In our nation, as in all nations, women have fought for justice, shattered barriers, built and sustained economies, carried communities through times of crisis, and served with dignity and resolve. Too often, they have done so while being denied the freedom, full participation, and equal opportunity all women are due.”

President Biden also is advocating for a nationwide increase in the federal minimum wage to $15.00 hour.  This of course would impact women throughout the country.

Despite ongoing efforts over the decades, the gender wage gap still exists today. According to data from the U.S. Census Bureau, women earn an average just 82 cents for every $1 earned by men. The gap is even wider for most women of color.

Here are some tips to assist in negotiating your pay in the workplace: