Women’s History Month is a celebration of notable women who have helped mold our society. In 1987, Congress voted to dedicate the month of March to recognizing female figures who were often-overlooked for their contributions to our history and culture. It’s a time to remember women like Susan B. Anthony, Rosa Parks, Rosie the Riveter, and Harriet Tubman while sharing their stories of bravery and determination with generations both young and old. 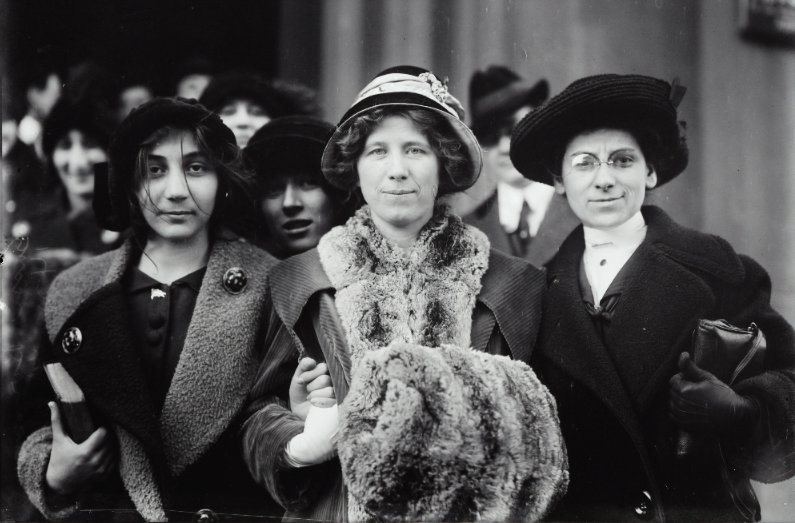 This month, we’re taking a look at some of the laws that helped women break barriers and make history in the workplace.

This act was passed near the end of the Great Depression to improve employee working conditions. Although not initially targeted to women, this act set a maximum hour work week, a 25 cent minimum wage, overtime pay, and banned child labor.

The Equal Pay Act makes it illegal to pay women a lower wage than men simply based on sex. The law allows women to file a claim against their employer with the Equal Employment Opportunity Commission or go directly to court. Today, women are still paid just 82 cents for every dollar men are paid, according to statistics from the U.S. Census Bureau.

Title VII of the Civil Rights Act recognizes every human being as equal. Before this law, it was legal for an employer to refuse to hire women based on their gender. Title VII also prohibits discrimination by employers based on race, color, religion, or national origin. This law makes it illegal for employers to treat people differently based on those categories during both the hiring process and while employed.

Before this law was enacted, many businesses laid off or fired women for getting pregnant. Although Title VII explicitly prevented discrimination based on sex, in 1974 the Supreme Court – in two cases – held that insurance policies excluding coverage for pregnant employees did not violate Title VII. The Pregnancy Discrimination Act prohibits this type of behavior and makes it illegal for companies to discriminate against women in the hiring process or during employment based on their being pregnant.

FMLA allows employees who need to take time off due to their own serious medical condition or for the serious medical condition of an immediate family member.  This includes taking time off to care for a new baby. Under this law, a woman (or man) working for a company with 50 or more employees can take up to 12 weeks of unpaid leave to care for a newborn child or newly adopted child. The employee is also guaranteed the same position they had before they left with continued health insurance benefits.

Angela is a member of the panel of distinguished mediators and arbitrators with Judicate West, a California dispute resolution company.  She also owns her own dispute resolution law firm, the Reddock Law Group of Los Angeles, specializing in the mediation, arbitration, and investigation of employment discrimination, harassment, retaliation, and other workplace claims, along with Title IX, sexual harassment, assault, and misconduct conduct cases, along with hazing and bullying cases in K-12 schools, colleges and universities, fraternities and sororities; fire, police and other public safety agencies and departments; and other private and public sector workplaces..