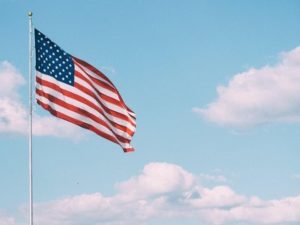 The week of June 15, 2020 has been nothing short of eventful if you have kept up with the news recently.  With a large focus lately on the #BlackLivesMatter Movement, we are seeing a higher sensitivity and sense of awareness towards diversity, inclusion, and equal rights issues in the workplace and beyond. This movement has motivated business leaders, employees, and even the Supreme Court to speak up and demand better treatment for traditionally disenfranchised groups and employees. In this blog, we cover just a couple of the many stories that are breaking across the nation:

For the third time since 2003, the Supreme Court has expanded LGBTQ rights. Workplace protections of the 1964 Civil Rights Act now apply to gay and transgender employees on a federal level. The bill originally prohibited discrimination in the workplace based on one’s race, color, religion, sex, or national origin. The Court has now changed this dynamic by adding protections related to sexual orientation and gender identity. It protects gay, lesbian, and transgender employees from being disciplined, fired, or rejected from a job application because of their sexual orientation.

This decision will be historically impactful for millions of LBGTQ Americans who have been fighting for decades to be seen in the eyes of the law as equals in the workplace.

This week, ABC News placed one of their top executives, Barbara Fedida, on administrative leave. Fedida is accused of making insensitive racial remarks to Black Anchor Robin Roberts of “Good Morning America” during contract negotiations and towards several other employees from over the years. ABC News stated that these allegations are “deeply disturbing”, and they will be conducting a thorough and complete investigation.

ABC News says they strive for all employees to feel respected in a thriving, diverse, and inclusive workspace, and that these allegations do not represent their values and culture.

As the nation continues to shed light on more examples of insensitivity and discrimination in the workplace, business owners and employers must examine their own internal business practices to ensure they are inclusive at their core. Employers must work to disband systematic and institutional racism. As leaders of working American citizens, employers have a responsibility to be proactive in creating fair and welcoming environments for all employees.