Five new bills related to the Employment Development Department were signed into law by California Governor Gavin Newsom in an attempt to fix a system that had some major mishaps during the beginning of the COVID-19 pandemic. An audit earlier this year blamed the EDD for “significant missteps and inaction” that cost taxpayers billions of dollars. 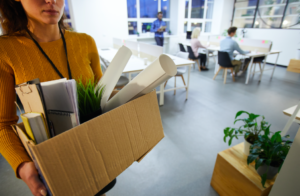 Leaders of the state’s EDD have admitted they were overwhelmed by the flood of nearly 24 million claims for benefits since the start of the pandemic. While the agency acknowledged they paid out more than $175 billion in benefits, it later discovered at least $11 billion in payments went to fraudulent claims. Meanwhile, thousands of legitimate claimants waited months for benefits to be approved.

The Governor hopes these new laws will tighten security and decrease delays in California’s unemployment system. Here’s a breakdown of the new laws according to the Los Angeles Times.