It’s a holiday we don’t hear much about, but it’s an important reminder of the hardships American and international workers experienced generations before us. May 1st, also known as International Workers’ Day, dates back to the late 19th Century and commemorates the struggle for the eight-hour work day. 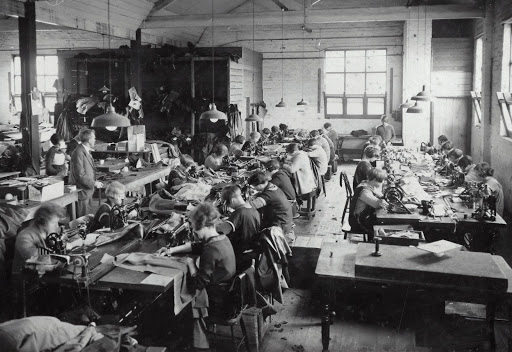 For years, the US working class worked up to 16 hours a day in arguably unsafe conditions. In 1884, the Federation of Organized Trades and Labour Unions of the United States and Canada decided that May 1, 1886, would start a nationwide movement for the eight-hour workday. This came as no surprise, since workers in the state of  Illinois and federal employees were already supposed to be covered by an eight-hour day law since 1867. The problem was, the federal government failed to enforce its own law.

When May 1st arrived, labor activists organized strikes in cities across the country. In Chicago, where the eight-hour day law was already supposed to be in effect, an estimated 40,000 people joined the strike. That protest subsequently led to an incident known as the Haymarket Affair or Haymarket Massacre.

The Haymarket Massacre happened in the Windy City’s Haymarket Square. What was intended to be an orderly demonstration erupted into a violent confrontation between police and labor protesters on May 4, 1886. On the day before the outbreak, May 3rd, the peaceful protest turned violent after Chicago police attacked and killed picketing workers at the McCormick Reaper Plant.

In order to protest police brutality, labor leaders called a mass meeting the next day, May 4, in Haymarket Square. That gathering was pronounced peaceful by Chicago Mayor Carter Harrison, who attended as an observer. After Harrison and most of the demonstrators departed, a contingent of police arrived and demanded that the crowd disperse. At that point a bomb was thrown by someone who was never identified, and police responded with random gunfire. Seven police officers were killed and 60 others wounded before the violence ended; civilian casualties have been estimated at four to eight with 30 to 40 injured.

In the aftermath, police rounded up and arrested eight people, all of whom were convicted of conspiracy. A court sentenced seven of them to death and one to 15 years in prison. Four were hanged, one committed suicide and two had their sentences commuted to life in prison. In 1893, Illinois Governor John Peter Altgeld pardoned the remaining defendants and criticized the trial.

The Haymaker Massacre is just one of many protests held by labor union representatives and its members to fight for the rights of workers. In the wake of this massive unrest and in an attempt to repair ties with American workers, on June 28, 1894, President Grover Cleveland made Labor Day an official holiday that would be celebrated in September rather than May. It’s been said he wanted to separate the day from the radical implications of International Workers’ Day.