Just as the pandemic seemed to be slowly winding down, a new surge in cases and the return of indoor mask mandates in areas like Los Angeles are threatening the much needed boost in economic activity. The rapidly spreading delta variant of COVID-19 has caused an uptick in cases, primarily of unvaccinated individuals, and health experts are worried that the more transmissible variant could lead to another outbreak. 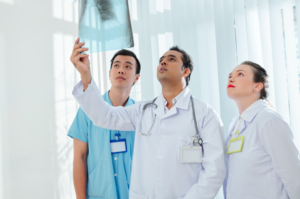 This scenario could precede the return of even more restrictions that would once again limit capacities at businesses, and close-crowded places. All of this comes as federal unemployment benefits are set to expire on September 6th.

In June, President Joe Biden expressed his support for the September expiration date. “A temporary boost in unemployment benefits that we enacted helped people who lost their jobs through no fault of their own, and who still may be in the process of getting vaccinated… but it’s going to expire in 90 days — it makes sense it expires in 90 days.” A top White House official added that the programs were designed as “a temporary lifeline.” These statements however, came before this latest surge, and depending on how the delta variant plays out, experts are worried people could be left stranded once again.

Several states across the nation like Iowa, Texas, Florida and Utah withdrew from the federal unemployment programs early, claiming benefits were keeping recipients from returning to work. And at this time, we’ve seen little indication of political will to push unemployment benefits past their September 6th expiration. Here are the enhanced benefits set to end in less than two months:

The Employment Development Department or EED also released new guidelines on unemployment benefits. As of July 11, 2021, Californians receiving  unemployment benefits need to be searching for work to maintain their eligibility. These requirements vary depending on state and federal law and the type of claim filed.