California’s Proposition 22 hit another bump in the road in August. Alameda County Superior Court Judge Frank Roesch ruled Proposition 22 was unconstitutional and “unenforceable” in a lawsuit brought by the Service Employees International Union. 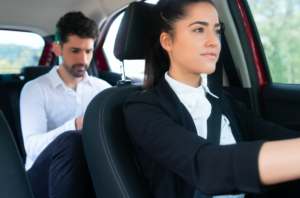 In November of 2020, voters passed the much-debated California Proposition 22 in response to the Assembly Bill 5. Passed by the state’s legislature in 2019, AB 5 expanded the landmark California Supreme Court case Dynamex Operations West, Inc. vs. Superior Court. In this case, the court ruled that most workers in California are presumed to be and should be classified as employees, and not independent contractors. For purposes of determining if a worker is an employee or independent contractor, AB5 requires the use of the ABC test, which requires employers to meet all three of the following factors in order to classify a worker as an independent contractor:

Passed by 58% of California voters in the November elections, Prop 22 made rideshare and delivery companies like Uber, Lyft, DoorDash, and Instacart exempt from classifying gig workers as employees based on the guidelines set forth by AB 5.

Supporters of the bill argued that the requirements of “employment” would impede the flexibility offered to rideshare drivers. Opponents believed that it prevented contractors from the right to collective bargaining. According to Superior Court Judge Frank Roesch, the prohibition “appears only to protect the economic interests of the network companies in having a divided, un-unionized workforce, which is not a stated goal of the legislation.”

Ride-hailing company Uber has vowed to appeal. “This ruling ignores the will of the overwhelming majority of California voters and defies both logic and the law,” said spokesperson Noah Edwardsen. “We will appeal and we expect to win.”

For now, since a ballot initiative cannot be amended after it is passed by voters, any unconstitutional provision renders it unenforceable. According to a Los Angeles Times article, UC Berkeley law scholar Catherine Fisk, who filed an amicus brief in the case on behalf of the plaintiffs, said the companies could win a stay on the judge’s ruling in the next two weeks. After consideration by the state court of appeals, it will eventually be decided by the California Supreme Court. Fisk believes the process could take a year.