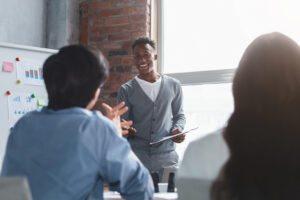 In uplifting news, California once again generated more new jobs than any other state with 97,000 openings in October 2021, accounting for nearly 20% of the country’s total job gains for the month despite effects of The Great Resignation. Over the past nine months straight, the state has averaged six-figure job growth in a rapid recovery from the economic turmoil left by COVID-19. On a national scale, the amount of U.S. job openings jumped from 431,000 to 11 million – all on the last day of October, according to the Labor Department’s monthly Job Openings and Labor Turnover Survey.

Experts say the Great Resignation is playing a part in these rapid recoveries, since resignations leave openings for other willing candidates. The quits were most significant in September, when nearly 4.5 million U.S. workers quit their jobs – all in a single month. As we’ve mentioned in a previous blog post (New EDD Guidelines & The Great Resignation), the Great Resignation is a semi-trend where people are more willing to jump ship and try out a new career opportunity for the sake of personal and mental health. The Harvard Business Review remarks how resignation rates appear highest among employees in the middle of their careers, as well as workers in the tech and healthcare industries.

This Great Resignation is especially exacerbated by the pandemic, which has driven many to look at their personal and professional lives through a fresh perspective. Plenty of employees came to the realization that they disliked their current job, while others have decided to take a new career path, all the more motivated by the uncertainty brought by COVID-19.

For more information on the employment landscape in California, the struggles of working parents, or for updates concerning the Great Resignation, take a look at these publications: