As the Biden administration continues to urge workers across the nation to get vaccinated against COVID-19, more and more employees are looking for loopholes. Currently, one of the most debated topics surrounding Biden’s sweeping vaccine mandate are religious and medical exemptions. 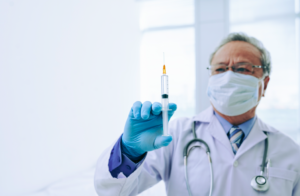 Just last week, the Connecticut Medical Examining Board suspended Doctor Sue McIntosh’s license after an investigation revealed she was mailing fake coronavirus vaccine and mask exemption forms to people who simply reached out and followed her instructions.

Connecticut’s Medical Examining Board suspended her license in a unanimous decision, according to a release from the state’s health department. The investigation also revealed that McIntosh told people they could copy and distribute the signed forms.

With so many cities, companies and organizations now requiring COVID vaccinations, medical exemptions are becoming one of the few ways around it. In response, federal law requires employers to engage in the interactive process and to provide reasonable accommodations to workers with qualifying medical conditions. However, this can be a tough hurdle for employees to overcome.

According to the Centers for Disease Control and Prevention, the only people who shouldn’t get vaccinated are those who had a severe allergic reaction (anaphylaxis) immediately following their first dose of the vaccine. “The only real exemption I can imagine is severe allergic reaction mainly in the Pfizer and Moderna mRNA vaccines, but they are very, very rare — like one in a million,” said infectious disease physician Dr. Peter Chin-Hong to CBS Money Watch.

For those who’ve experienced less severe allergic reactions, experts recommend visiting an allergist who can pinpoint exactly which ingredient your body can’t tolerate. From there, they can make further recommendations as to the best COVID-19 vaccine for you.