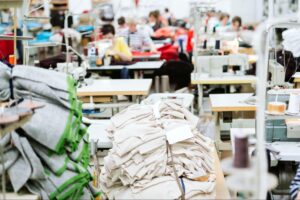 The new list of employment laws that have gone into effect since the new year includes a required minimum wage for garment workers, 100% gratuity from food delivery apps sent to the driver, and more.

Employment Media Expert Angela Reddock-Wright recently spoke on these matters on Spectrum News 1, mostly focusing on how the garment industry will change in the coming months.

SB 62, or the Garment Worker Protection Act, is significant for garment workers since it assures that they’ll at least earn minimum wage rather than being paid “piecemeal” and according to their output. This will halt incentives in the industry that ask for more pieces per hour in order to earn more pay.

For drivers of food delivery apps such as Doordash or UberEats, AB 286 now makes it illegal for the platform to take any gratuity from its drivers. This means that drivers receive 100% of their tips; in cases where the food is picked up from a restaurant, the establishment receives the tip.

These recent changes ultimately provide another layer of protection for garment workers and independent delivery drivers and assure they receive all income earned, including tips.

California also set forth a handful of laws related to certain animals, such as AB 468, which clarifies the requirements for classifying a dog as an “emotional support” dog.  , and Prop 12 requiring meat providers to raise animals such as pigs in open and free range cages.