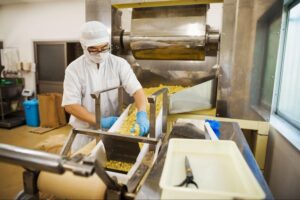 Following the recent list of California’s new employment laws, such as non-disclosure restrictions and enhanced wage theft laws, is a movement centered around the minimum wage, hours, and working conditions for fast food workers. As of early this month, California has started considering a proposal to negotiate these items for the fast food industry on a statewide level.

Although fast food workers have been encouraged to unionize, experts say that factors such as high turnover rates have made it difficult for them to do so. In fact, according to Unionstats.com, approximately 3% of fast food workers worldwide are union members. In light of the issues that exist within the fast food industry, a union-supported Democratic proposal has been drawn up in Sacramento, CA.

The Fast Food Accountability and Standards Recovery Act (AB-257), otherwise known as the FAST Recovery Act, aims at establishing a state-appointed council to draft industry-wide standards for wages, hours, and working conditions. It also seeks to hold corporations responsible for compliance rather than just local franchisees.

Although the legislation fell short of votes in June of 2021, the bill is anticipated to return in 2022. Service Employees International Union, one of the largest unions in the country, has pledged its commitment to pushing the FAST Recovery Act throughout the new year in their fight for a $15 minimum wage.

The issue is reminiscent of the fast food strikes in late 2021, covered by NBC Los Angeles, which highlighted the long hours and low pay commonly seen in the fast food industry. November 2021 saw strikes and rallies held at McDonald’s restaurants in the Los Angeles area, with workers banding together despite the majority not belonging to a union.

With the bill seeing early support and a likely return, the implication is that 2022 could be the year that a law such as the FAST is passed.  The final outcome remains to be seen.  Stay tuned for more updates.