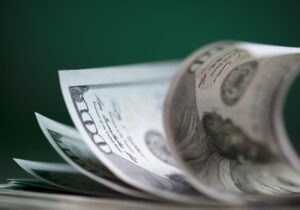 Up until the end of this year, employer violations of wage provisions in California have been classified as mere misdemeanors. However, this past September 2021, Governor Newsom signed off on Assembly Bill No. 1003 (AB 1003) which will render alleged intentional wage theft a felony in California, meaning it will be punishable as a form of grand theft come the beginning of 2022.

There are three distinctions made by AB 1003 that are of particular interest to employees and employers alike:

It’s anticipated that the expansion of AB 1003 for more serious wage theft consequences will result in a higher volume of California workplace cases and investigations. Now that intentional wage theft is felony under state law, prosecutors will have broader leeway to prosecute potential wrongdoers. This is because, as opposed to misdemeanors, felonies provide prosecutors additional tools for employer investigations, such as search warrants and access to a grand jury. In fact, district and state attorneys have already been increasing their number of wage theft cases throughout 2021.

With the incoming implementation of AB 1003 come January 2022, California employers are encouraged to take steps to ensure their operations comply with new wage and hour laws. Some of these preparations include ensuring the employer has clear policies and practices in place with respect to employee meal and rest breaks and the working of overtime; verifying the accuracy of timesheets; setting policies for payroll errors and corrections; delivering paychecks in a timely fashion; looking over independent contractor agreements and tracking the distribution of all gratuities, bonuses, or commissions.

For more information on the expansion of AB 1003, take a look at these additional online resources: