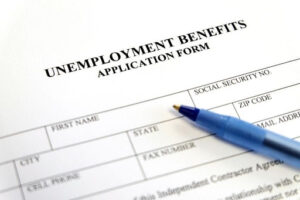 Since the recent expiration of the additional $600 in unemployment benefits, those who are currently unemployed during this unprecedented time have been anxious to find out if they will continue to receive any additional weekly benefits moving forward. This is due to the back and forth between Republicans and Democrats regarding what a new stimulus package should look like, stalling any decisions that would reflect a new financial aid package.

Meanwhile, President Trump recently signed an executive order through FEMA (Federal Emergency Management Agency) to allocate $44 billion in existing federal emergency funds to states that apply for aid. This would provide those who are unemployed and receive benefits with an extra $300 per week. This additional benefit is retroactive back to August 1st. While this program is set up to run through the end of the year, for now, only the first three weeks have been allocated.

In addition to the current three-week limit, those who receive this extra $300 must be receiving unemployment benefits of at least $100 a week. This is causing concern for lower-income individuals that do not qualify for this additional benefit. A solution to this has not yet been found.

I recently discussed unemployment claims and other workplace issues related to the COVID-19 pandemic with Hal Eisner of Fox 11 KTTV News. I explain how many states were not prepared for the overwhelming number of unemployment claims and the extra $600 that was previously passed through the CARES Act back in March of this year. Furthermore, California specifically is still behind in processing the millions of claims received since the start of the pandemic. Even so, the state’s additional unemployment benefits are scheduled to go out the week of September 7.