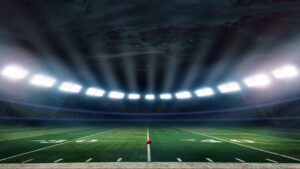 Last Tuesday on February 8th, Angela Reddock-Wright had the chance to share her insights on the Brian Flores vs. NFL lawsuit in an appearance on Spectrum News LA. At its core, the conflict highlights an absence of Black representation among NFL coaches, ownership, and leadership despite the previously-established Rooney Rule, which Flores sees as an ingenuine formality.

The Rooney Rule is an NFL policy that was instituted in 2003. At its core, the rule encourages “hiring best practices to foster and provide opportunity to diverse leadership throughout the NFL” according to the NFL Operations site. In 2003, there were only three Black coaches in the NFL. 19 years later, there’s only one: Mike Tomlin with the Pittsburgh Steelers, and one Latino coach, Ron Rivera of the Washington Football Team. There are no Black owners of NFL teams or general managers, while at least 70% of the League’s players are Black.

This means that although the Rooney Rule has been put in place, it’s not necessarily being complied with. In other words, Black candidates for NFL coaching positions may receive an interview, but it appears to be more of a formality, as the decision is often made before the interview even begins, as is demonstrated in the case of Flores with respect to his consideration for the head coaching position for the New York Giants.

Before his interview with the Miami Dolphins, Flores claims to have received a text from Bill Belichick, the famed head coach and now general manager of the New England Patriots, congratulating him on his new coaching role. However Flores quickly realized the text was meant for another candidate named Brian, meaning the role had already been filled, leading him to believe that his interview had already been decided. Flores is expected to use this story as a driver for his lawsuit against the NFL and other teams with stilted hiring practices.

Reddock-Wright explains how since the Rooney Rule is a policy and not a law, and that it is up to the NFL and the team owners to show good faith in exercising the policy: “I think that Flores’s comments and his lawsuit suggest that that rule, although ideal and romanticized in nature, is not really what’s happening on the ground. Even if individuals are being interviewed for head coaching positions or other positions, oftentimes, the decision has already been made and the interview is just something to check the box. Teams are complying with the Rooney Rule in spirit, but not in actuality.”

In a recent episode of ESPN First Take, Stephen A. Smith discusses the absence of Black hirings for NFL coaching positions. He recalls how there have been seven or eight openings for NFL head coaches throughout the offseason. Five of those positions have been filled thus far, none of whom are African-American.

The NFL has since denied Flores’s allegations of racist hiring practices and NFL Commissioner Roger Goodell has expressed the League’s commitment to doing better. In response, Reddock-Wright stated: “Mr. Goodell, I think, was sincere in his intent, but he will have to use the power of his position to convince team owners that it’s time to diversify, be true to the Rooney Rule, and open the gates of who can access ownership and leadership opportunities within the NFL.”

Watch Reddock-Wright’s full appearance on Spectrum News LA for her full range of insights on this case. For media inquiries, please reach out to monty@kwsmdigital.com.