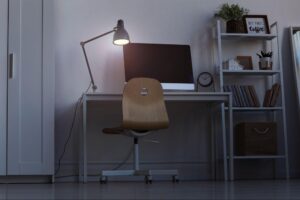 From our work schedules to hesitating to enter public domains, COVID-19 has undeniably changed how we live and work. One such way is with remote work reimbursement, in which employees who work remotely receive compensation for work from home overhead expenses, such as cell phone, internet, and electricity expenses. Recent news suggests there is a question about these expenses among some employers.

For example, as of late March, Amazon is facing a California lawsuit for allegedly failing to reimburse staff members who have been working from home throughout the COVID-19 pandemic, which the lawsuit argues is a violation of state law. One Amazon employee, David Williams, stated that while he and his colleagues used personal devices, home internet, and their own electricity to carry out remote work, Amazon allegedly did not reimburse them for such expenses.

Other companies face this same issue.  According to Craig Ackerman, Williams’s attorney, his firm alone (Ackermann & Tilajef) has filed lookalike lawsuits against over 20 other businesses. Other recognizable companies, such as IBM, Oracle, and Fox Broadcasting Co., have faced lawsuits as well. A number of these cases have settled with agreements to provide stipends to remote workers of over $80 per month, per Ackermann’s report.

In the case against Fox Broadcasting Co., the lawsuit alleged that they failed to cover costs for nearly 1,000 remote employees who used personal phones and other devices to get work done. While Fox hasn’t yet responded to these claims, IBM and Oracle have denied any sort of wrongdoing.

What’s unique about the Amazon and Fox lawsuits is that they were filed under a specific California law: the Private Attorney General Act. Enacted in 2004, PAGA lets employees sue on behalf of the state, acting as “private attorneys general,” and hold onto 25% of any penalties won. More importantly, as the law currently stands, claims filed under this law don’t permit individual arbitration. This means that workers who have signed arbitration agreements with their employers can still sue in court on behalf of larger groups of employees, rather than filing as an individual.

With Ackermann attesting to over 20 different remote work reimbursement lawsuits at his firm alone, the question remains as to how many of these cases are currently being litigated in California – as well as other states across the U.S. However, seeing as PAGA is a California-specific statute, employees in other states with similar cases may find more difficulty bypassing arbitration agreements. As more employees pursue these claims, we’ll gain a better idea of how non-California states will go about proceeding with such cases.

On top of this current lawsuit, Amazon is facing a growing number of unionization efforts after Chris Smalls established the first Amazon Labor Union in Staten Island. Starbucks also saw its first union formed at the end of 2021, with more efforts on the rise. You can get more details on these stories by visiting Angela’s blog.

You may also follow Angela on Facebook and Instagram @iamangelareddockwright.com, LinkedIn at angelareddock-wright, and tune-in to her radio show KBLA Talk 1580’s Legal Lens with Angela Reddock-Wright each Saturday and Sunday at 11am PST, or catch past episodes on Anchor.fm/Spotify. For media inquiries for Angela, please reach out to monty@kwsmdigital.com.