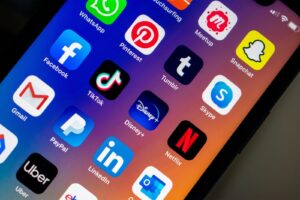 With the recent events following the death of George Floyd and the rise in support for the #BlackLivesMatter movement, companies in the tech industry are beginning to take a stronger and more vocal stand for diversity and inclusion in the workplace.

In recent years, many tech companies have created transparency by sharing data relating to their diverse talent recruitment and hiring initiatives. After analyzing their own company’s data, many larger tech companies such as Facebook and Google have set their sights on improving their staff’s representation of minority groups by 30%. This initiative is a good step in the right direction, and several other tech companies are also following suit.

For example, in an effort to show more transparency, Snapchat’s Chief Executive Evan Spiegel recently shared the company’s 2019 diversity report, CitizenSnap. Los Angeles Times analyzed the report, stating that Snapchat’s diversity numbers show how the company’s workforce looks a lot like those of its Silicon Valley peers: mostly male, especially in technical roles, and mostly white, with a large percentage of Asian employees.

This is not an uncommon trend for companies in the tech industry, but thankfully many company leaders are looking to take a stand and challenge the status quo. As we mentioned, many have announced goals to diversify their team by increasing the representation of various minority groups.  Snapchat has stated that its goal is to double the number of employees from these minority groups by 2025.

How Businesses/Employers Can Help Improve These Lower Minority Numbers

There are multiple actions that businesses can take to help hire and retain employees from underrepresented groups: