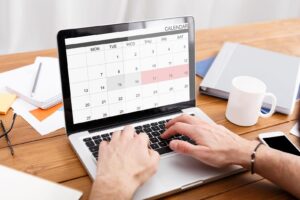 In late April of this year, California Assembly Members Evan Low and Cristina Garcia proposed a new bill that would change the golden state’s employment landscape – though since its inception, Assembly Bill 2932 has since been shelved. If passed, the bill would have scaled back the 40-hour workweek by a full day, to 32 hours per week for companies with 500+ employees.

According to the Wall Street Journal, the California State Assembly’s Labor and Employment Committee declined to set a policy hearing for AB 2932, effectively halting any progress. Perhaps the most notable proposal within AB 2932 is the overtime aspect; the bill would’ve mandated that private-sector employers with over 500 employees pay their workers overtime after 32 hours of weekly work, rather than 40 hours. The bill was introduced in early 2022 following a set of corporate experiments with a 32-hour workweek.

However, a lack of supporting data is what allegedly killed AB 2932 – according to CA Assemblymember Evan Low, “We don’t have the time to put in the thorough policy analysis that fully incorporates the perspectives of the employers and employees, as well as factoring any of the other data points.” In simpler terms, lawmakers halted the bill’s progress because not enough time had gone into studying its implications. Studies out of Iceland, Germany, and France have varied in results – while shorter hours boosted productivity and reduced stress in Iceland studies, Germany and France concluded that it didn’t significantly influence employment.

Low still hasn’t given up on AB 2932, according to the WSJ, as he plans to organize a hearing with interested stakeholders to gather more information on the bill’s potential effects. Some companies already see 32-hour workweeks as “full-time,” with the approach gaining more traction as employees seek more work-life balance after two years of COVID-induced frustration.

Since the bill’s inception, economists and the California Chamber of Commerce have quickly countered. Economists allege that a shorter workweek with the same wages, plus additional overtime, would limit the ability of large companies to raise their pay. The CA Chamber of Commerce expressed relief for the bill’s lack of progress; with employers already dealing with labor shortages, a shorter workweek would require additional hires, scaled back operations, or additional overtime to make up for the reduced workweek.

Due to these expenses, experts are brainstorming alternatives. One potential solution presented by Ashley Hoffman, a CA Chamber policy advocate, thinks workers should negotiate longer shifts, spread out over fewer days, with their employers. Seeing as AB 2932 has failed to progress, direct discussions between employers and their staff members could be the best present option for workers that desire shorter, more manageable workweeks.

For Angela’s insights on workplace policies, legislative and legal issues like these, follow her on Facebook and Instagram @iamangelareddockwright.com, LinkedIn at angelareddock-wright, and tune-in to her radio show KBLA Talk 1580’s Legal Lens with Angela Reddock-Wright each Saturday and Sunday at 11am PST, or catch past episodes on Anchor.fm/Spotify. For media inquiries for Angela, please reach out to monty@kwsmdigital.com.