All Blogs | Diversity in the Workplace | Employee/Employer Resources

After a year of growing calls for racial justice fueled by incidents like the death of George Floyd,  Juneteenth is now a federal holiday in the United States. That’s thanks to a bill unanimously passed by Congress this week. Juneteenth, a word mash of June and the 19th, commemorates June 19th of 1865. On that day, Maj. Gen. Gordon Granger of the Union Army landed in Galveston, Texas, and informed slaves that the Civil War had ended, and slavery was abolished.

The celebration of emancipation garnered the support of almost every state in the nation as well as numerous businesses. Before Congress voted to make Juneteenth a federal holiday earlier this week, 48 states and Washington, DC, already recognized it as either a state or ceremonial holiday. Many large corporations like Google, Allstate and General Motors have also implemented ways to commemorate the date. 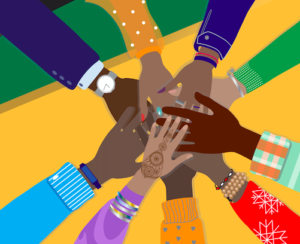 This year, Target and Best Buy stores will pay their hourly employees time and a half and give all corporate employees a paid holiday. Nike, Inc. also adopted Juneteenth as a paid annual holiday for US and Puerto Rican-based employees.

Last year, Allstate announced Juneteenth would become an annual company holiday in order to provide Allstaters the opportunity to reflect on the monumental event and engage in their communities. The company released a statement that said, “Systemic racism is pervasive and we must not be complicit by inaction or silence. For our society to eliminate the inequities in America, each of us needs to have the will to change, the heart to trust and the energy to lead.”

But it’s not just major retailers that are celebrating Juneteenth this year. Companies like Regus, a global network of commercial office workplaces, announced they would close their U.S. offices on Friday, June 18th in observance of Juneteenth Day — which falls on a Saturday this year. Whether large or small, retailer or property owner, here are a few different ways companies can commemorate this important day in US history.