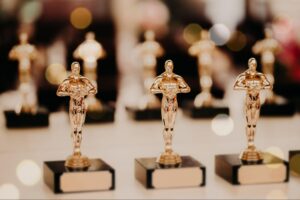 The 2022 Oscar nominations arrived on February 8th, and diversity experts aren’t exactly impressed with the results as they relate to inclusion in Hollywood. Some observers still think this year’s picks were “noteworthy,” such as Dean of Social Sciences at UCLA Darnell Hunt, while others were left with a feeling of inadequacy.

This year, four Black actors received nominations for their performances: Will Smith for “King Richard,” Denzel Washington for “The Tragedy of Macbeth,” Ariana DeBose for “West Side Story,” and Aunjanue Ellis for “King Richard” as well. Although not completely lacking in representation, the decline from nine nominated people of color in 2021 to four this year is arguably more symbolic of the lacking inclusion landscape in Hollywood.

In a USA Today piece which looks into the diversity of the 2022 Oscar nominations, Angela Reddock-Wright had the chance to share her insights. While experts like Reddock-Wright are aware of the wins, they also note how Academy of Motion Picture Arts and Sciences voters still aren’t doing their part to ensure representation for both women and people of color.

Reddock-Wright doesn’t see much progress in Hollywood’s minority inclusion with the 2022 Oscar nominations: “We don’t see any movement this year. We don’t see them advancing the ball in terms of ensuring that people of color and women are, at least at the director level, at the center of opportunity.”

Reddock-Wright added a second comment in her interview with USA Today, mentioning how increased diversity in Academy membership would breed new perspectives on Oscar-worthy movies and performances as a whole: “But until some of those foundational changes start to take place, we’re likely to see similar results from year to year.”

To make diversity a priority in major motion pictures, the academy established new diversity and inclusion standards to abide by in September 2020, set to be implemented by 2024. The question is whether the industry and Academy voters will take it upon themselves to be more considerate of minority performances between now and 2024. With time, the year-to-year results will paint a clearer picture of Hollywood’s diversity and inclusion efforts.

Read Reddock-Wright’s insights in this recent USA Today piece for her full range of insights on inclusion in Hollywood. For media inquiries, please reach out to monty@kwsmdigital.com.