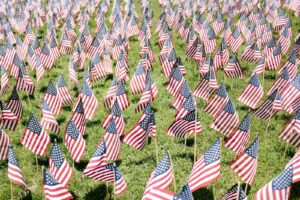 On November 11, 2020, our nation celebrated Veterans Day across the country to thank those who have selflessly served in the U.S. military.

Just as they protected our freedoms, we have laws in place that protect veterans’ rights in the workplace. It is important that both employers and employees understand, implement, and enforce these laws.

Both federal and state equal employment opportunity laws prohibit specific types of job discrimination in certain workplaces. This includes the protection of veterans.

According to the U.S. Department of Labor, The Office of Federal Contract Compliance Programs, or OFCCP, protects veterans from discrimination and requires federal contractors and subcontractors to take affirmative action to employ and promote protected veterans within their company. This is in accordance with the affirmative action provisions of the Vietnam Era Veterans’ Readjustment Assistance Act of 1974. It also makes it illegal for employers to discriminate against protected veterans when making decisions on hiring, firing, pay, benefits, job assignments, promotions, etc. This is enforced by the Veterans’ Employment and Training Service, or VETS.

Military reservists and National Guard members called to active duty also have rights under the Uniformed Services Employment and Reemployment Rights Act, or USERRA. The USERRA assists veterans in understanding their employment eligibility and job entitlements, employer obligations, and benefits. It also ensures that employers share these rights and benefits with veteran employees as well.

For more information regarding the rights of veterans in the workplace, visit the Department of Veterans Affairs, a government resource that further explains veteran programs and benefits.