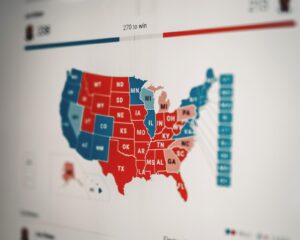 This is the first of a two-part series where I will discuss the changes we may see in the workplace for both employers and employees with Biden in office based on his proposed plan for empowering workers.

Biden has proposed a plan which he describes as focusing on growing a stronger, more inclusive middle-class. He states the plan will include “[e]verything that defines what it means to live a good life and know you can take care of your family – the 40 hour workweek, paid leave, health care protections, a voice in your workplace – is because of workers who organized unions and fought for worker protections.”

Biden states that he believes that the best way to support the middle class is by strengthening the public and private sector unions. His plan includes three components:

Biden’s administration says this plan is “a critical addition to Biden’s proposals to ensure all workers have access to quality, affordable health care; to guarantee all workers are able to send their children to quality public schools and have access to universal pre-kindergarten; to provide education and training beyond high school, including federally Registered Apprenticeships; to support a clean energy revolution that creates millions of unionized middle-class jobs; and to meet our commitment to invest first in American workers and ensure that labor is at the table to negotiate every trade deal.”

Stay tuned for Part II of this series, where I will dive deeper into the three components of Biden’s plan.