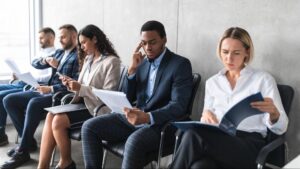 A recent study by the University of Michigan into the divided effects of long-haul COVID-19 on different cultural backgrounds reached an unfortunate conclusion: Black patients were found to experience challenges in returning to work after recovering from COVID-19, taking nearly 36 days on average to get back to work. They also received fewer medical follow-ups, a lack of health accommodations, and 50% of the participants were readmitted for treatment after two months.

Assistant Professor Sheria Robinson-Lane at the University of Michigan School of Nursing explained the division, stating that “Black patients were most likely to be furloughed and less likely to receive modified duties related to ongoing health issues…those who were not able to return to work had ongoing long-haul COVID-19 symptoms like fatigue, weakness, shortness of breath and a persistent cough.”

The extended time it takes Black and minority employees to return to work is detrimental to their ability to survive. This means that if an employee takes longer than their provided sick leave to recover without approval from their employer, that absence could be reported as a “no show” – a terminable offense with most companies.

In response, the DOJ has recently suggested that the Americans with Disabilities Act (ADA) be expanded to also cover conditions of long-haul COVID-19 as a disability. Some companies will have no choice but to comply, while others are taking these steps out of care for their staff’s struggles. It is not a federally-mandated law as of yet. This will greatly assist workers who experience COVID symptoms for a series of weeks or months, otherwise referred to as “long COVID.”

Publications all across the web have been reporting on the disproportionate medical care and employment considerations amongst Black and minority communities: