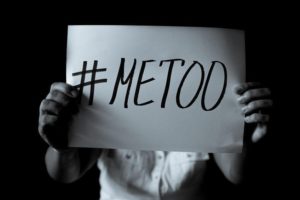 2020 has been an unprecedented year. Over the past few months, our media outlets have been flooded with COVID-19 and #BlackLivesMatter news. Now, with stories of sexual misconduct and the predatory behavior of individuals such as Jeffery Epstein and the pending appeal of Bill Cosby, issues of sexual harassment and the #MeToo movement continue to be critical and important to address and tackle at our nation’s leading companies and organizations. This includes the developing story of Harvey Weinstein, the former Hollywood film producer.

In recent news, Weinstein and his former studio’s board of directors have reached a nearly $19 million settlement regarding dozens of sexual misconduct allegations, aided by the New York Attorney General. The agreement seeks to resolve two sexual misconduct lawsuits on behalf of multiple women against Weinstein.

Weinstein is already serving a 23-year sentence in New York after he was previously found guilty for the sexual assault of former Project Runway production assistant, Miriam Haley, as well as rape in the third degree of former actress, Jessica Mann.

According to Variety, none of the plaintiffs included in this settlement were part of Weinstein’s New York criminal trial, showing the far-reaching magnitude of Weinstein’s alleged abuse. Only six women were able to testify in the New York trial, but more than 100 women have accused Weinstein of sexual harassment, assault, and rape.

As previously stated, this most recent settlement will now resolve two separate lawsuits — one against Weinstein, Bob Weinstein and The Weinstein Company, which was filed in Feb. 2018 by the office of the Attorney General, and a separate Nov. 2017 class action lawsuit brought on behalf of the group of women who were sexually harassed and assaulted.

The settlement was reached after months of litigation, and through a mediated process between the parties.

The Challenges of Reaching a Mediated Settlement

Although a proposed settlement is on the table, the settlement may face challenges from individual members of the class who may not be inclined to approve the settlement.  Although the $19M settlement seems substantial by many accounts, some of the individual claimants may not feel that the amount is fair to them personally after it’s broken down and dispersed between individual class members and their attorneys.

Last month, Weinstein was also hit with a new lawsuit that claims he raped four additional women, one of whom was 17 years old, at the time.

As this story develops, Angela-Reddock Wright, Esq is currently available to speak on the Harvey Weinstein and other #MeToo lawsuits and the challenges that individual members of the Weinstein settlement may face. You can find Angela’s recent interview on the Weinstein class action settlement with the AP News here.

Earlier this year, Angela was featured in studio on Atlanta, Georgia-based Court TV on the day that the Harvey Weinstein New York criminal jury verdict came out, where she discussed the impact of the Weinstein case and the overall #MeToo movement on issues of sexual harassment, assault, and violence in the workplace and beyond.