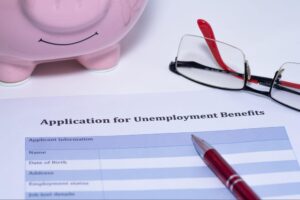 In recent COVID-19 news, a handful of workers across the U.S. have been denied unemployment benefits after refusing to comply with vaccine mandates. Although these laws currently vary by state, they could soon have a countrywide impact if and when President Biden’s COVID vaccine mandate goes into effect. If approved, employers with over 100 staff will be required to set up regular COVID testing or terminate workers who refuse the vaccine.

Over the past couple of weeks, questions have arisen related to whether workers qualify for unemployment benefits after being fired for refusing vaccine mandates. In the beginning of October, over 100 healthcare employees in Colorado were let go due to their vaccine contention. It’s a small percentage of the state’s 27,000 staff members, though not insignificant in principle. Other states, such as Texas, have alternative responses to Biden’s proposal.

Airline giants Southwest and American, for example, are choosing to abide by federal guidelines despite Texas Governor Greg Abbot attempting to ban the vaccine mandates altogether. While some states are implementing their own vaccine regulations, others maintain that it should always be a voluntary decision.

The tricky part is deciding whether terminated staff who refused the vaccine should be eligible for unemployment benefits through the UI program. To qualify, workers must be unemployed through no fault of their own – voluntary quits and termination are not qualifying scenarios for UI benefits.

Since there’s no legislation meant for this situation, workers and employers alike are unclear on whether vaccine refusals signal non-compliance with company protocols, or if vaccine mandates are simply unreasonable. All should be made clear once the final review of Biden’s proposal reaches a conclusion.

In select states across the country, confusion is spreading concerning employment benefits after quitting or being terminated for vaccine refusal. Here are a few other stories contributing to the discussion as of late: