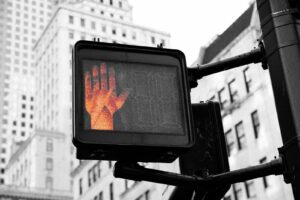 As summer transitions into fall during this unprecedented year of 2020, there are still millions of unemployed Americans desperate for financial assistance as they search for ways to stay afloat. Earlier this week in California, the State announced that the employment development department (EDD) will not be accepting new unemployment claims for the next two weeks. This is due to a large backlog of claims that have been compounding over the last few months.

This pause in claim fulfillment stemmed from an investigation conducted by a strike team appointed by California Governor Gavin Newsom. The team found that at least 600,000 workers were still waiting to receive benefits that they had applied for 3 weeks prior. Furthermore, they concluded that the number of these backlogged claims rises by 10,000 each day. They estimate that this backlog may not be cleared until as late as January 2021.

Many citizens are relying on these benefits to pay their bills and provide for their families. When the strike team’s report was released, they noted that the State is failing these Californians who qualify but are not receiving the benefits they are entitled to.

Governor Newsom recently defended the EDD’s efforts, stating that the agency is working to implement processes that will allow claims to be addressed in a timelier manner. He stated that the delays were caused by a 30-year-old technology that could not handle the overwhelming amount of unemployment claims that were filed since the start of the pandemic. As of now, there is no specific timeline for when these issues will be resolved.

To review the full list of resources, visit edd.ca.gov.

If you are unemployed and looking for work, consider working with America’s Job Center. You can find a location near you by visiting careeronestop.com.