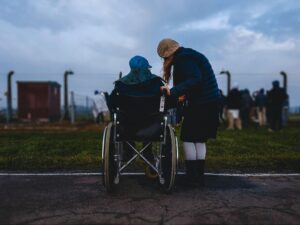 President Biden recently signed the Infrastructure Investment and Jobs Act which dedicated over $1 trillion towards a handful of improvements to transportation, broadband, and utilities. Up next is the Build Back Better Act which is slated to provide paid leave to employees for medical or family care. This will be in addition to the longstanding Family Medical Leave Act (FMLA), which provides up to 12 weeks of unpaid leave for employees with a serious medical condition of their own or to care for an immediate family member with a serious medical condition.

Although the approved IIJA doesn’t include any paid family or medical leave provisions, the Build Back Better Act does. House Democrats have developed a four-week paid leave program, inclusive of all leave types, to begin in 2024. Such circumstances include illness, childbirth, or caring for a sick family member.

If approved, this Act will provide employees up to four weeks of paid leave for qualifying reasons rather than the current average of seven days. The Biden Administration describes this Act as a $1.75 trillion social safety net and spending package designed to help working families. Statistics suggest that over 60% of the workforce does not have access to access paid medical leave, with nearly 80% not having access to paid caregiving leave. As one of the only countries not to provide such a provision, House Democrats state they are looking to shift to a more empathetic workplace model.

For more information on these developments, browse these stories which speak more on the forecasted effects of President Biden’s Build Back Better Act: