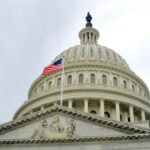 After clearing Congress on August 12th, the $750 billion Inflation Reduction Act of 2022 (IRA) was signed into law last Tuesday by President Joe Biden. Within the IRA are a set of major federal policy changes which will impact the U.S. energy, healthcare, environment, and tax sectors, plus a three-year expansion for  premium tax subsidies enacted under the American Rescue Plan Act (ARPA).

On top of this, the IRA contains significant drug pricing reforms which will allow for Medicare drug price negotiation and lower inflationary rebates. But the Inflation Reduction Act doesn’t stop there; it’s also anticipated to generate millions of jobs in the coming years.

According to a recent study by PERI and the BlueGreen Alliance, the IRA has the potential to generate over nine million jobs over the next decade. More specifically, the bill will open up jobs in the climate, energy, and environmental industries. According to Jason Walsh, executive director at BlueGreen Alliance, “This bill’s investments offer an opportunity to support and create good union jobs and for workers and communities to reap the economic gains of the clean economy.”

The study dives deeper into the how many jobs will likely be generated in these industries over the next decade, including:

Along with the anticipated improvements in climate change reform, the IRA is forecasted to positively impact income equality with its job generation. Although the workforce has returned to pre-pandemic employment levels, the issue of income inequality still remains – and the IRA may tend to that.

Down the line, experts predict that additional investments and equitable hiring practices could lend a hand to low-income workers, workers of color, and those in deindustrialized communities, but this is a potentiality that will reveal itself in due time.

Visit Angela’s blog for more workplace insights like this, and be sure to follow her on Facebook and Instagram @iamangelareddockwright, LinkedIn at Linkedin.com/in/angelareddock, and tune-in to her radio show, KBLA Talk 1580’s Legal Lens with Angela Reddock-Wright each Saturday and Sunday at 11am PST, or catch past episodes on Anchor.fm/Spotify. For media inquiries for Angela, please reach out to monty@kwsmdigital.com.