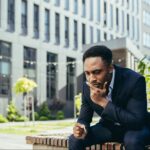 With a recent amendment of California Assembly Bill 2188 (AB 2188), California employers could soon see restrictions on hiring and other employment decisions based on off-duty cannabis use. On August 30, 2022, the bill passed the California legislature and proceeded to Governor Gavin Newsom’s desk. If signed, the bill will go into effect on January 1, 2024, and make it unlawful for employers to hire, fire, or set employment conditions based on off-the-clock cannabis use.

AB 2188, which amends the California Fair Employment and Housing Act (FEHA), will specifically restrict employers from discriminating against employees based on mandatory drug screening tests. More specifically, drug screening tests detect the presence of “non psychoactive cannabis metabolites in their hair, blood, urine, or other bodily fluids.” Although medical and recreational cannabis uses have been legal in California since 1996 and 2016, AB 2188 would be the first state law to offer workplace protections for both classes of marijuana users.

It’s important to note that employers will still retain the right to prohibit cannabis use at work, with the bill stating it would not allow employees to “possess, to be impaired by, or to use cannabis on the job.”

If signed, AB 2188 would give employees who are subject to regular drug screenings more freedom to use cannabis outside of the office. In a way, it draws a firmer line between the professional and the personal, rather than allowing company protocols to inform off-duty lifestyle decisions.

It’s also important to note that workers in critical roles would be exempt from AB 2188, according to Angela. Exemptions for SB 2188 would extend to “employees who work in a ‘safety’ position, such as in the building and trades industry or law enforcement, a position that requires employees to have their full senses about them.”

Most notably, employers will be barred from hiring, firing, or discriminating against workers who’re found to have traces of THC in their system. If active antibodies are found, and an employee is suspected to be impaired on the job, employers will be able to take action. The bill does limit employers from taking action based on recreational, off-duty cannabis use that doesn’t impair performance or safety.

The proposed amendments to AB 2188 may not sit well with many employers, most notably due to restrictions on drug screening tests. Implementing drug tests that don’t measure “non psychoactive” chemicals could bring unique challenges and questions concerning employers’ authority in implementing drug-related policies and disciplining employees who use cannabis on the job. For this reason, employers should review and update their workplace drug policies and screening protocols if approved by the governor.

Visit Angela’s recent ABC7 feature for her insights on AB2188, and be sure to follow Reddock-Wright on Facebook and Instagram @iamangelareddockwright, LinkedIn at Linkedin.com/in/angelareddock, and tune in to her weekly radio show, KBLA Talk 1580’s Legal Lens with Angela Reddock-Wright each Saturday and Sunday at 11 am PST, or catch past episodes on Anchor.fm/Spotify.   You can learn more about the radio show here – https://angelareddock-wright.com/radio-show/.

For media inquiries for Angela, please reach out to monty@kwsmdigital.com.